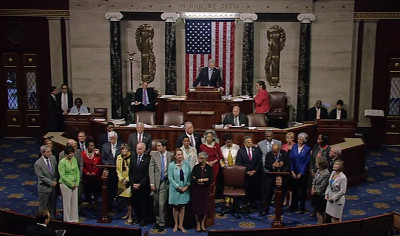 I wish I had time to write a better post about this, but it’s more important to write about it soon than well:

Something very bad is happening in this country, and legislators — of all kinds, but especially in the Democratic Party — are not only not stopping it, they’re actively encouraging it.

Trusties, you know who you are. Probably most readers of my blog are trusties. You’re trusted by default. You’re not on the no-fly list. You don’t ever wonder whether you’re on the “terrorist watch list”, because you know you’re not. You hear about people — people who have not been convicted of any crime — having to pass drug tests to get a job or to receive government benefits, but it doesn’t affect you: you don’t have those kinds of jobs, and you aren’t in a position where you need those benefits.

Suspies, you know who you are too: you think you might be on a terrorist watch list, though of course you can’t be sure. You might know that you’re on no-fly list, because you had a bad experience at the airport. Or maybe you didn’t even bother to try flying, because you knew there was no point. Even though you haven’t been convicted of any crime, some legislators would like to make sure you can’t buy a gun (trusties are allowed to buy guns, of course). Every time you post things on Facebook or other social media sites, you wonder whether what you say might be misinterpreted and used against you, without due process of law.

By the way, I’m not opposed to gun-control legislation at all. I’m just in favor of the law applying equally to everyone. If you haven’t been convicted of a crime, then you shouldn’t lose some right that others retain. To their credit, many of the House Republicans are objecting on exactly this principle to the Democrats’ proposals that people on one or another of the terrorist watch lists — when did we get so many lists, anyway? — be blocked from buying guns.

This division into two classes has been happening for many years. I can’t pinpoint when it started, but I remember when I first noticed it: when the federal government amazingly decided that it was okay for your commercial relationship with a particular private-sector company (an airline) to affect how quickly you can get through the security screening at airports. That’s right: do more business with a certain company, and you can skip ahead of other people in a public queue — one organized and managed by federal government employees, not by the airline — whose purpose is our collective safety. Imagine if you could pay more money to go to the front of the line at the Post Office, or to skip ahead of everyone else at the Drivers License renewal bureau. Or, say, pay money to avoid being drafted, when a draft is in effect.

Instead of prohibiting this, the government decided to get into the business itself, and now offers federally-approved channels for buying your way out of the security responsibility — but only if you’re a trustie, of course. Suspies still have to take the slow line. No, it doesn’t matter that you haven’t committed any crime and have no intention of committing a crime. If you’re not positively identifiable as a trustie, then by definition you’re a suspie. Get used to it.

When did this become okay? Why don’t more people see how deeply not okay it is?

(Those are not rhetorical questions. I’m truly baffled that we aren’t hearing more objections to this trend, and particularly baffled by how willing the House Democrats have been to abandon the principle of equal protection under the law.)

Security is a shared burden, or should be. When we allow some people to conspicuously buy their way out of that burden, right in front of the noses of those who can’t, it damages our entire sense of collective responsibility; it atomizes our society.

The problem is not that government security agencies watch some people more than others — that’s their job, and it would be ludicrous if they treated everyone as equally dangerous. Some people are indeed more dangerous than others. The problem is when the unequal treatment is done publicly and without due process of law. There’s a big difference between the government keeping an eye on someone (not that the monitoring seems to do a whole lot of good, but that’s another matter) and treating them differently in a way that they experience directly and that other people can see. The latter is the problem, and it’s a pretty basic abrogation of the principles we claim to have organized our country on. 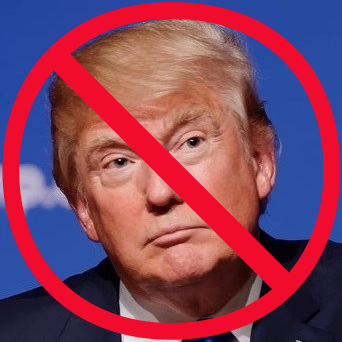 After reading Scott Aaronson’s “Daddy, why didn’t you blog about Trump?” post and Terence Tao’s “It ought to be common knowledge that Donald Trump is not fit for the presidency of the United States of America” — relax, Tao is not indulging in liberal tribalism but rather is using a technical definition of “common knowledge” in a very interesting way — I realized that anyone who agrees should make a similar post.

The United States should not elect a narcissistic con-man to the Presidency.

Donald Trump has already done a measure of harm to our country; if elected President he would do much, much greater harm. This country is important to me. If you’ve ever lived in a place that doesn’t have freedom of speech, freedom of association, and a widely-shared commitment to the rule of law, you’ll understand that that patriotic sentiment is wholly unironic. We’re not perfect, but we’ve got a lot that’s worth preserving, and we should try to keep it (and if possible improve it). Donald Trump understands nothing of this; he understands nothing to be more important than his own overweening self. His Presidency would be a disaster for the United States and for the world.

Thanks to a very poorly thought-out voting system, the best way to prevent Donald Trump from becoming President is to vote for Hillary Clinton in November. That’s what I plan to do, and I hope you will do so too, if you’re a citizen of the United States, even if you aren’t a Hillary fan. Remember, you’re not voting for a candidate, you’re voting for an outcome. If the outcome you want is for Donald Trump not to be President, then vote accordingly.

Here’s something you can retweet or redent, if you want a convenient way to signal that you’re on board.

Update 2016-09-25: Sadly, my original last paragraph (below) was overly optimistic. I’ll leave it here, because a blog post with a date stamp ought to be honest, but obviously he not only became the nominee but now has a reasonable chance of winning the general election. That is the most depressing thing I’ve written all day :-(.

I think there’s actually a chance Donald Trump won’t be the Republican nominee, because his candidacy is cratering rapidly in the polls, and he’s psychologically incapable of persisting in a situation where he can’t think of himself as a winner. If he withdraws before the convention, then great. But if he’s on the ballot in November, please do whatever you have to do to prevent him from becoming President.