This past week Mike Godwin, Jim Jagielski and I were elected to the Board of Directors of the Open Source Initiative (OSI), replacing the term-limited Danese Cooper and Russ Nelson and adding one more board seat. We haven’t had our first board meeting yet, but it’s an honor and a delight to serve in such good company. It’s also exciting, because the OSI has decided, prior to this board election, to move to some kind of membership or affiliation model that will enable it to better represent the open source community at large. To say the least, I’m fully on board — sorry, couldn’t resist — with that.

The OSI is the organization that popularized the term “open source” as applied to software, and it has been the steward of the Open Source Definition ever since, certifying compliant licenses as open source so that there is single point of reference for the entire community. Those who don’t work in this field might not realize how important that is. You have to understand that there is relentless pressure, from both inside and outside the software industry, to dilute the meaning of “open source”. Many corporations and individuals have gotten the message that being open source is a good thing, and want to be associated with it somehow, while adding restrictions that favor their business or philanthropic model (or that they think favor their model, but that’s another post for another day). For example, they’ll say they’re using an open source model, and they’ll have almost open source distribution terms, but without the freedom to make commercial use of the software, or perhaps placing restrictions on derivative works.

Often these dilutions are innocent. Simply through inexperience, people sometimes don’t understand that all the freedoms must be present because they reinforce each other, and that picking and choosing among them doesn’t work. Keeping the open source definition clear and consistent — and explaining it to journalists, executives, government officials, educators, and others when necessary — has been and will continue to be important. But the OSI has to expand beyond that and, as Simon Phipps put it, act as a meeting point for global open source communities, who have a lot of concerns in common. The same pressures that require the definition of “open source” to be actively upheld affect more than just the definition: they affect the business, legal, and policy environment in which we collaborate on open source software. Obviously no one organization can ever watch out for the whole environment; that is the job of many organizations and individuals. But there are times when we need to come together and discuss an issue, or coordinate an initiative, and the OSI is a natural place to do that.

So this is going to be an interesting time for the OSI, and I’m looking forward to it a lot.

Many thanks to Russ and Danese for their long and dedicated service. I hope we new board members can do as well. 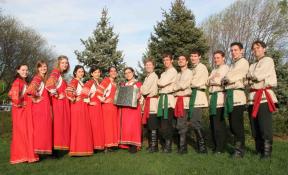 My old choir from Chicago, Golosa, is coming to New York City on Tuesday, March 22nd, as part of their East Coast tour. They’ll be performing a free concert, at 8pm at Shrine World Music Venue in Harlem (map).

If you’re in New York City, come! Golosa rocks. Don’t take my word for it — listen for yourself. There’s nothing else like them. They’ll have CDs for sale at the concert.

If you can’t make that concert, but you’re somewhere near Boston or New York, you may be able to catch them at one of their other East Coast performances, starting this Saturday (all shows are open to all ages):