It’s the last day of 2013. I’ve thought a lot this year about how lucky I am: I get to work on freedom full-time, among other places at OTS, OpenITP, QCO, and the OSI.

I don’t want anything different for 2014, except for more people to be so lucky. 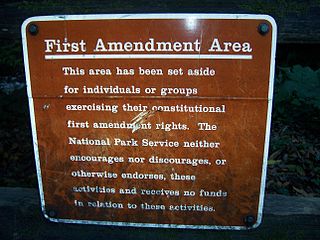 The U.S. National Parks sign above uses the Clarendon typeface — a high-quality digital incarnation of which is now on the way to being freed thanks to the Free Clarendon campaign on IndieGoGo, started by Linus Drumbler. If the campaign makes its goal of $30,000 Canadian, Clarendon Text will be released under the OSI-approved Apache License 2.0. While by font geek standards I’m no font geek, I love Clarendon, both aesthetically and for its association with effective government programs, and have contributed to the campaign to Free Clarendon. I hope you will too.