This is not gimp’d or photoshopped after the fact — Comedy Central actually flashed it (for one frame only!) over Stephen Colbert’s face as he interviewed Salon.com journalist Glenn Greenwald about Anonymous, the inchoate online group that, among other things, attacks those who attack Wikileaks.

Got all that? Good.

My friend Micah Anderson has sharp eyes: he spotted this as he and Biella Coleman and I were watching the episode in real time, and later he went back to do a screen capture: 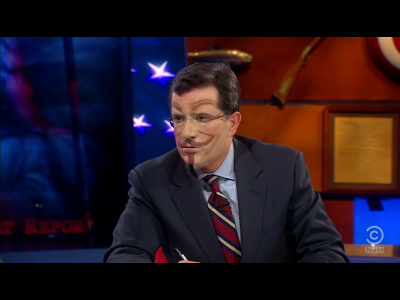 Or was it Anonymous themselves, tweaking Colbert? We may never know…

It helps to know that the Guy Fawkes mask is one of their symbols: 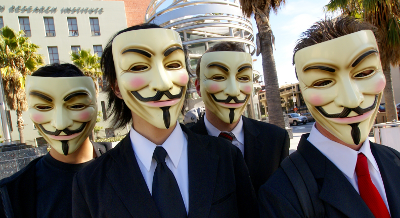